The Unstoppable Momentum of Natural Forces

Twenty years ago I was distributing research by the Union of Concerned Scientists to global executives of major corporations as director of executive education at the Haas School of Business at UC Berkeley, trying to get their attention and hoping to influence their policies. The research concluded we had twenty years before Earth and humanity reached a climate tipping point, beyond which there was no turning back.

Last week, truthout published this story: A Generation of Delay: Climate Policy is Twenty years Behind. No kidding. Almost to the day. But that doesn’t fool me into thinking nothing’s changed over the last twenty years. Something powerful has changed. Something subtle, below the radar, and powerful in its subtlety. 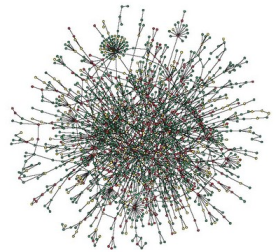 The IONS community has been studying consciousness and healing for decades. And quietly groups of citizen “activists” have been picking up what IONS and other scientifically-minded organizations like the Maharishi Foundation (TM), Global Consciousness Project and Global Coherence Initiative have been laying down. The result is the organic growth of self-organized communities like the Gaiafield Project, BeThePeace, 1BODy, MedMob, Unify, MasterShift, the Subtle Activism Network and countless other initiatives that are using collective acts of consciousness to support collective transformation. Recently, a spontaneously organized group of subtle activists named #EarthLove partnered with the Amplifield, a new digital Earth community for collective meditation, to send synchronized energetic support for a breakthrough at COP21.

In a December 5th article by truthdig called Positive Vibes Flow at Climate Talks, the author wrote: Yet even normally sceptical COP attenders think Paris is on the verge of a breakthrough…“There may be a deal, but there’s so much still to resolve that it’s not at all certain. Yes, Paris is a tipping point. And it can tip either way.” …Some speak of “unstoppable momentum towards a significant outcome”. Others invoke the unstoppable momentum of natural forces [emphasis added], and question whether the Paris agreement—however superlative it is—may have come decades too late.

I have often in the past worried that it was too late. On a trip to South Korea in the late 90’s, I sat with the Chairman of the Daelim chaebol (conglomerate) who spoke to me in very reassuring terms about their “Hansoop Spirit,” which included a philosophy of stewardship for their land and people. This beautiful man handed me a large souvenir medal with an image of wild flora and fauna on one side and the corporate logo on the other; then he handed me a company brochure, the cover of which was entirely devoted to one of its many huge petrochemical plants spewing emissions into the air. And I thought, “it’s too late.”

I’m not in Paris, but friends are, and there are conflicting reports of what’s actually happening there. And I again feel it’s late–but not too late. The new news is there’s another “unstoppable momentum of natural forces” quickly gaining speed over the last two decades. Consciousness and healing are growing up. It’s no longer just about “my” consciousness affecting “my” healing, as wonderful of a paradigm shift as it is to recognize mind and body as inseparable. We are now willing to take on what’s possible when we join forces of consciousness, when we regard our mind as inseparable from the body of humanity (and even of Earth herself). Subtle activism is about “me” joining “my” consciousness with others to uplift not just our attempts at world change, but the well-being of the whole directly. It’s joining global communities of Indigenous and ancient wisdom holders who have been practicing this sort of world healing all along. And it’s running with the scientific evidence of correlations that suggest over and over again the causal connection between consciousness and the material world; that suggest we can affect external coherence with our own internal coherence, and that due to the “field effect” it takes a very small percentage of people to create a shift in the whole field. Even so, we don’t require the permission of science before we act on the possible; to do that, it has been recognized, is to make science just another religion.

Are the reported “positive vibes” flowing at COP21 being amplified by our meditations and prayers? Maybe. But to me the real headline is how the growth of subtle activism, known by many names, is becoming one of the real unstoppable forces of nature.

Claudia Welss is a member of the IONS board of directors, the Global Coherence Initiative Steering Committee, and the Gaiafield Project Council.